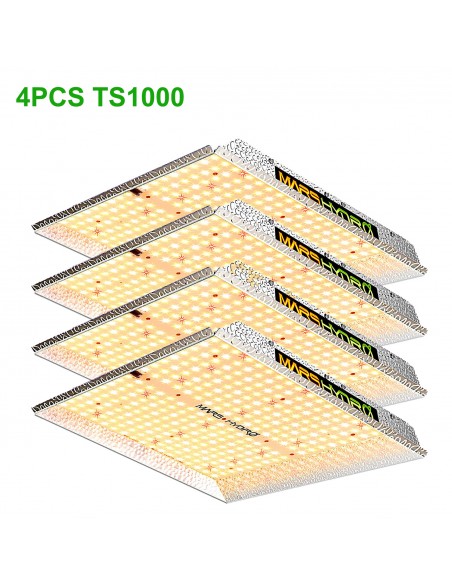 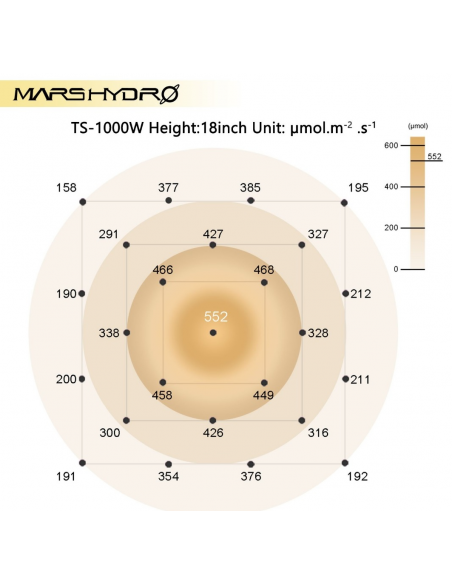 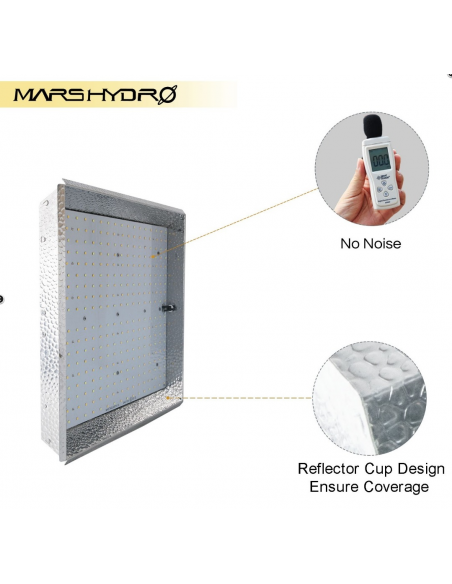 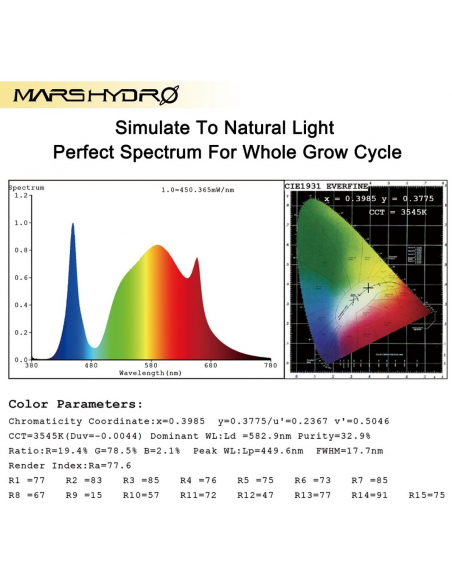 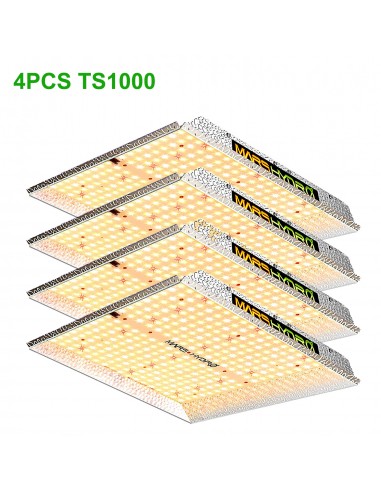 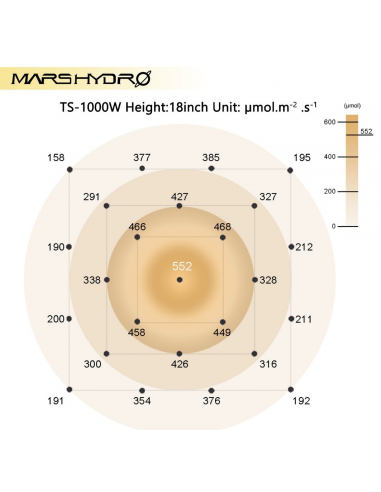 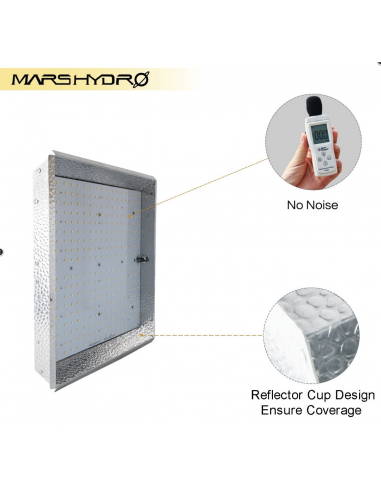 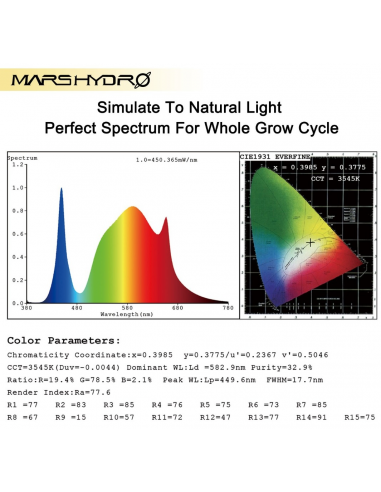 14 days to think about it

Our customers rate us with a 9.1

LED Grow lights with a white spectrum are on the rise. Also at Mars Hydro they have understood that well because with the TS-Series they have a blast in their hands. If you are looking for LED Quantum Board LED grow light with excellent performance and beautiful design, look no further than the Mars Hydro TS series.

The design of the Mars Hydro TS series

The design of the Mars Hydro TS series has been deliberately kept simple, they don't look that complicated and that is the whole point. Most inexpensive lamps look more impressive than they actually are. The LED grow lights in the TS series are the exact opposite. These lamps are aimed at growers who want a high-performance lamp for the lowest possible price.

Please note that the housing of this lamp may bend slightly at certain places during transport. This design has been taken into account and there is no problem for the operation of the lamp. In most cases you can easily push it back into shape.

Features of this design are:

The fixture is made of thin aluminum and has a hammer stroke pattern. Mars Hydro has kept the fixture simple because ultimately it's all about performance. That is what this TS series LED grow lights are all about.

The TS-series LED grow lights are supplied with a dimmable LED driver. If the light is too strong (especially with the TSW 2000 and above) you can dim the light. This LED grow light is very quiet because there are no fans in it. No more buzzing or humming and yet the LEDs are perfectly cooled. The lamps in the TS series do not have an on / off switch, but are the same when you plug in the power cord.

The lamps in the TS series have a white spectrum, this has been shown to work better than separate red and blue LEDs. Ultimately, it ensures that your plants grow more beautiful and healthier. It contains 2 different types of white LEDs, namely 3200-4200K and 5200-6000K. There are also separate red LEDs incorporated to stimulate flowering and it ensures that the lamp can be used for all growth phases of a plant.

Save products on your wishlist to buy them later or share with your friends.

No account? Create one here
Product added to wishlist
×